You are at:Home»News»Airline News»Qantas»First Refurbished Qantas A380 takes to the skies

It has been two years since Qantas announced a mid-life update of its A380 fleet. Finally, the first of the refurbished A380s has taken to the skies.

On its first service since being updated, VH-OQK operated the London to Sydney QF2 service on 1 October.

Your view of the changes will partly be determined by the cabin you fly in. Some cabins have had a significant makeover, while others have had less significant changes.

Let’s start at the top and work our way down.

If you’re lucky enough to travel First, you’ll find things much the same. The basic seat is remaining, with a bit of a nip and a tuck. The update sees new contoured cushioning, seat finishes and a larger, higher resolution entertainment screen. 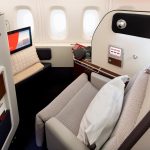 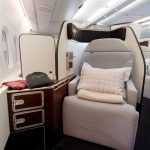 Those traveling in the business cabin will notice the most significant changes. Out go the Skybeds. In come the Business Suites. Business Suites see the 1-2-1 layout, where every seat has direct aisle access.

The Skybeds were good for their time. But it is now 2019 and direct aisle access is what most business travellers want, and it is good to see the A380 finally getting these. 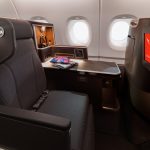 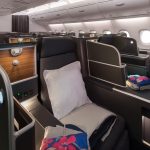 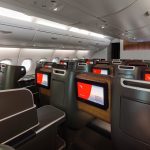 Next up, Premium Economy. Qantas is bringing the same seat featured on the 787 to the A380. This number of Premium Economy seats almost doubles. The existing fleet had 35 seats, while the updated fleet will have 60 seats.

If you have travelled in Premium Economy on the 787, you can expect the A380 version of Premium Economy to be quite similar. The layout will be in a 2-3-2 configuration. 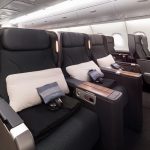 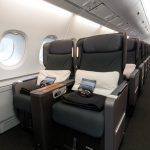 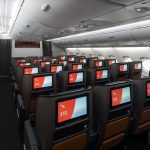 Nothing much has changed here. You will find a new colour palette for the Economy cabin and improved inflight entertainment. 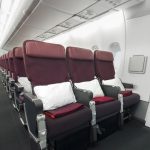 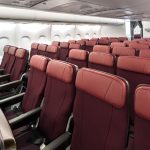 And there’s a new lounge 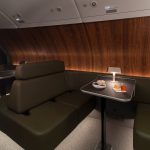 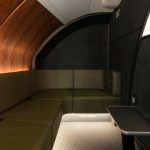 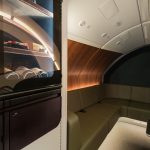 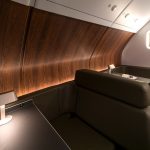 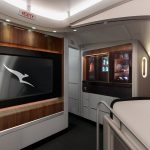 Qantas now expect that they will have a further two upgrade A380s in the skies by the end of the year. The remained of the fleet will be updated over the course of the next year.

It is a bit of pot luck as to whether you will see an updated A380 on your travels. Qantas isn’t dedicating the updated aircraft to any particular route. They will simply be rotated around the network as is normally the case.