Prelude to the flight

I had originally booked my Perth to Melbourne flight as a red e deal. The timetable said the flight was being operated by an A330, so assuming no 737 downgrades happened, the aircraft should be fitted with the Qantas Business Suites. An upgrade would also give me access to the Qantas Business Lounge in Perth.

I opted to put in a request for an upgrade. This would cost me me a total of 25,000 points. While the number of points required for an unpgrade has increased this year, I still find this to be quite resonable value – certainly in comparison to paying the cash price of Business.

The text message advising me of the upgrade came through the day before the flight, which encouraged a bit of a happy dance.

As a Business passenger, I become eligible to use the relatively new Business Loinge in Perth. This is a bit of a step up from the Qantas Club that I would have had access to as a Gold Frequent Flyer in Economy. 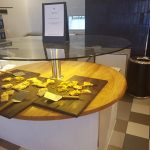 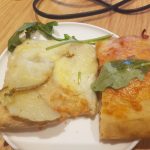 Boarding commenced pretty much on time, and I made my way from the lounge to the aircraft. Once on board, I mad my way to my seat for the next few hours.

I had selected 7A, as it was a window seat, and located within a small mini-cabin, consisting of just two rows, 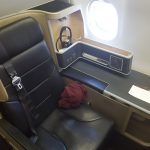 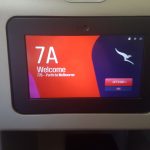 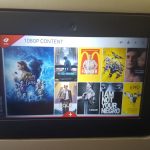 Shorlty aftter taking my seat, I was offered a pre departure drink. This was either water or a Maggie Beer sparkling cabernet. I opted for the sparking cabernet.

Something a bit more alcoholic had to wait until after takeoff. The white wine was delivered with a bowl of almonds 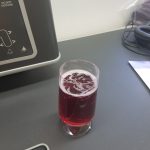 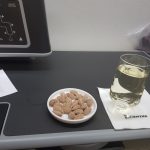 The dinner service consisted of three courses. I oprted for the Chicken Salad from the small plate range. For a large plate, the Herb Crusted fish, and completed the meal with an Ice Cream. 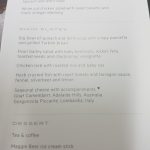 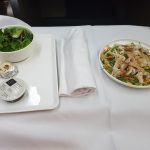 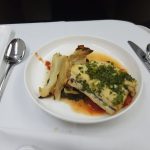 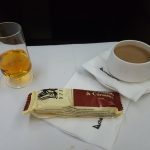 Overall, I enjoyed the extra comfort and meal on the flight as compared to Economy.

Now, it is true that spending 36,000 points straight up provides better value for points. That does require the rewards seat to be available.

Would I do it again? Absolutley, I have no regrets about using my points to gain this upgrade.