Woohoo! More than a year after shutting their international lounges down, Qantas has announced the first steps in reopening them.

To coincide with the launch of the Trans-Tasman bubble, Qantas will be opening its First Lounges in Melbourne and Sydney, together with International Lounge in Brisbane.

As there is just one lounge opening, Qantas will be swinging the doors open to all eligible members. So Business customers,  Gold Frequent Flyers, and Qantas Club members will be welcome to visit the First Lounge. That is until the Business lounges reopen.

First Lounge customers will be offered an a la carte dining experience designed by Neil Perry. This will feature some of the most popular menu items such as salt and pepper squid with green chilli dipping sauce, healthy bircher muesli for breakfast, and the signature pavlova, as well as menu highlights from other Qantas lounges. 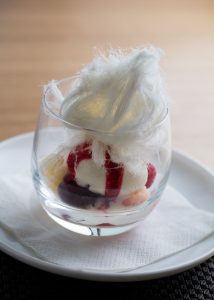 Accor Signs Up for another seven years

Qantas also announced that it has signed up Accor to manage the lounges for another seven years. The new agreement is an extension of the 14-year partnership with Accor, with their team of hospitality professionals providing Qantas customers with world-class service across the airline’s network of domestic and international lounges.